At Vapestop, we’re always looking forward to seeing where vaping goes and how it will help our clientele. One potential game-changer comes from a company already used to changing the game: Juul.

A recent patent application has the vaping community abuzz. It describes what could be a device controlled by artificial intelligence, or A.I., to improve a user’s chances of quitting smoking. This signals an amazing future for e-cigarettes and anti-smoking devices – but how does it work? 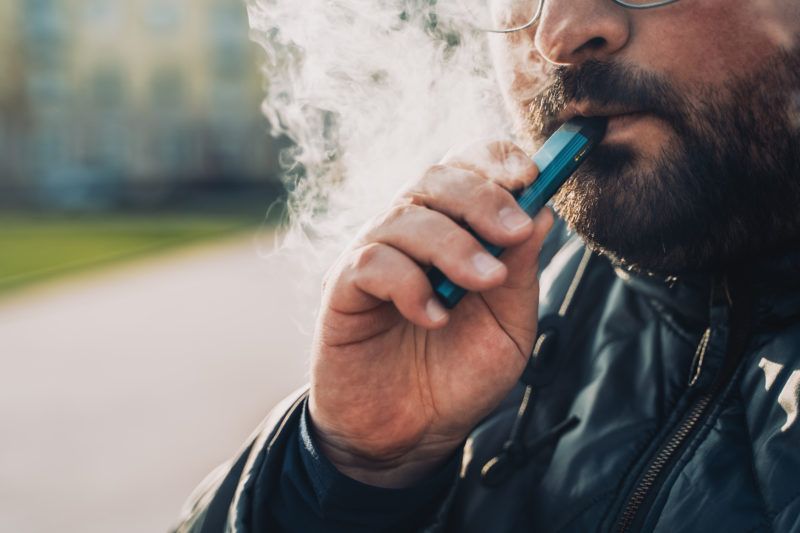 Juul’s patent application became public knowledge in February, and many tech companies are hailing its potential breakthrough. The application describes a device that would communicate with the vaporizer and make it alternate between a nicotine e-juice and a non-nicotine liquid made from ingredients like citric acid.

The intention is to reduce the daily consumption of nicotine. The alternating vapours would slowly reduce the user’s intake over time, eventually weaning them off the chemical and helping them overcome their addiction for good.

The idea sounds a lot like “A.I.” because the device uses the vapers behaviour to improve the change-ups between the nicotine and non-nicotine liquids. The user would “train” the device to learn when they vape and how much nicotine they’re using! The invention would connect to the user’s smartphone, making it an intuitive tool while preserving Juul’s classic size.

How Can Artificial Intelligence Help You Quit Smoking?

A.I. isn’t how we know it from movies, and Juul’s device isn’t going to be a robot butler with emotions or a higher sense of purpose (though that would be pretty cool!). Rather, the device would use a concept known as machine learning to provide what it considers the best choice for the user’s habits. As the vaper uses the device, the program would record the vapes and learn when to substitute a non-nicotine vapour. This would help the user give up their addiction in a way that best suits their needs.

For both humans and computers, changing habitual behaviour is a learning process. A vaping device that uses machine learning to determine the patterns of nicotine use could also provide a tailor-made strategy to help the user quit smoking!

The Future Of Anti-Smoking Devices 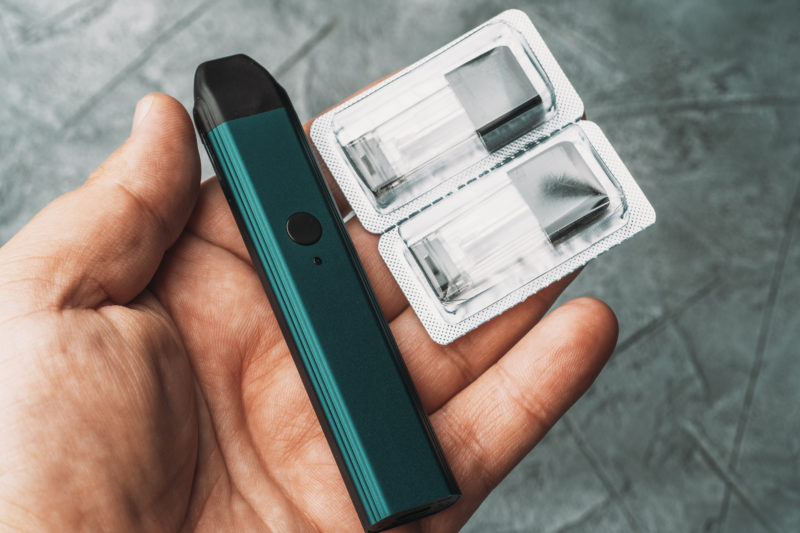 Juul’s proposed A.I.-powered vape might be the future of vaping devices. Pod systems like the Juul have made quitting smoking easy because they are discrete, inexpensive, and taste pretty great. But even before Juul took over the world, vaping was long considered one of the most effective ways to quit smoking. A 2019 French study found that smokers who turned to vapes used fewer cigarettes and were more likely to quit altogether. We might have the improvement of the devices to thank – as more studies found out, the likelihood of relapse after using vapes has almost vanished.

Technological improvements made vaping devices much smaller and easier to use. Juul’s move to devices that use learned behaviour might be the next major advancement!