If you vape indoors, you might release the hit and take a nervous glance over at the smoke detector. Vaping doesn’t create smoke, it creates water vapour, but can this vapour still cause smoke detectors to sound off?

Vaping Can Set Off A Smoke Detector 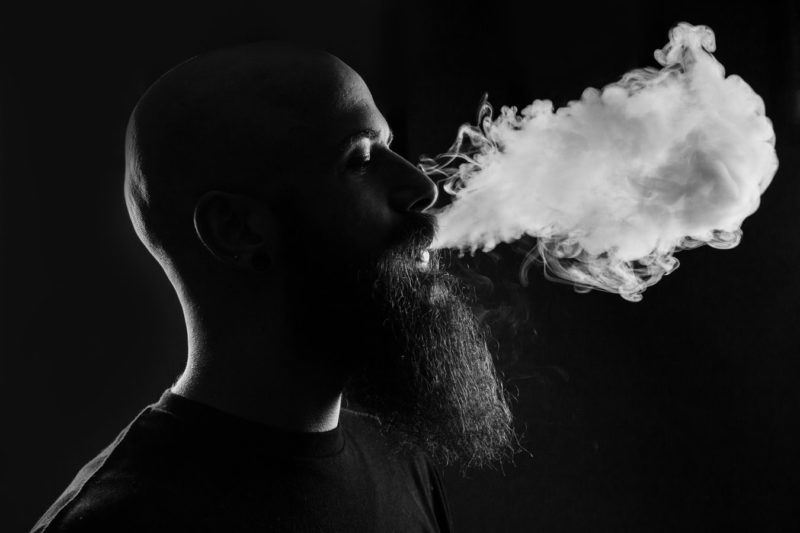 Yes, vaping can set off a smoke detector. The detectors of today are far more sensitive than they were back in the days of indoor cigarette smoking, and they can detect particles in the air more easily. There are three main types of smoke alarms: the optical smoke alarm, which is triggered by particles scattering infrared light onto a light detector; the ionization smoke alarm, which goes off when particles interfere with a current travelling between two charged plates; and the dual-sensor smoke alarm, which combines the other two options into one unit. It could be smoke, vapour from your mod, or the steam from a hot shower: any particle interference in the sensors could trigger a smoke detector. 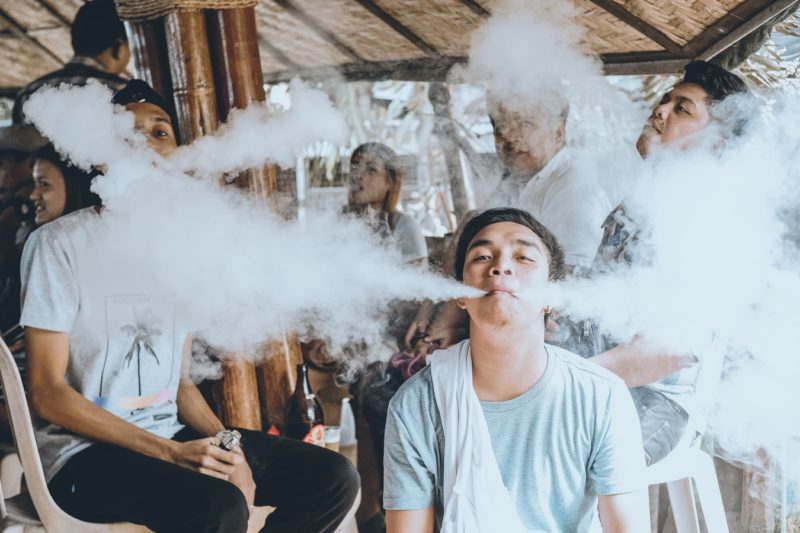 It’s not that simple, though. While cigarette smoke can set off an alarm, it would rarely happen because the smoke from a single cigarette dissipates into the air pretty quickly. The same can be said for a vape, and taking a hit in a room by yourself isn’t likely to set off a detector because it would evaporate long before the vapour reaches the sensor. You could still trigger an alarm if you’re standing directly beneath it or you intentionally blow the cloud right into the unit. As well, heavy vaping or multiple people vaping at the same time could set off a smoke detector.

Could My Vaping Set Off Overhead Sprinklers? 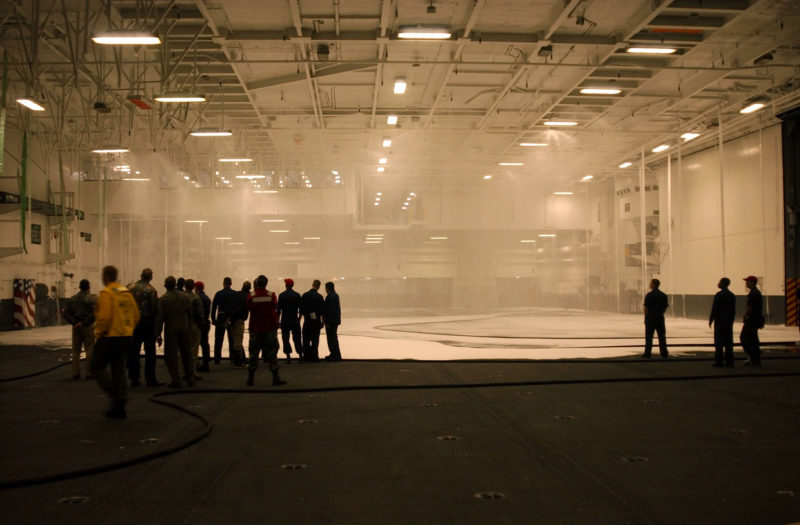 Usually, the worst thing that happens when you do trigger a smoke detector is that it makes an annoying sound that can easily be turned off. But what about the sprinkler systems used in the case of emergencies? Could you soak an entire building full of people with just one vape?

No! There is no chance your vaping will set off emergency sprinkler heads. This is because these systems aren’t triggered by smoke, but rather by heat. Each sprinkler head has a bulb full of liquid that boils at a specific temperature, usually between 60 and 75 degrees Celsius. The boiling causes the glass bulb to break, kicking off the sprinkler to extinguish the source of the heat below. If you were vaping at temperatures hot enough to set them off, getting wet is probably the least of your concerns!

There’s no need to be concerned about setting off the smoke detector in your home or in a place that allows vaping. If you are by yourself or are vaping responsibly in public, you won’t have to worry about setting anything off.