Vaping has become one of the most popular ways to quit smoking cigarettes, performing smoke tricks or just for the relaxation. With vaping becoming more popular, many people are still missing some really interesting facts about vaping. The vaping industry is growing annually but how is this tool so popular and effective?

Many people are aware of how effective vaping is to stop smoking nowadays but to a certain extent. In a recent study, they found around 20% of Americans vape at least once per day. Vaping is not the magic cure for smoking but it contains an extreme amount of fewer chemicals. There are only 4 chemical ingredients in vaping, compared to 599 additives resulting in over 4000 chemical compounds in cigarettes. Vaping is a lot healthier because it contains fewer carcinogens than cigarettes.

You may be surprised to know vaping has its very own conventions! Vapefest is one of the most popular shows that’s held all over, in many cities around the world. Another popular show is known as Electronic Cigarette Convention in the US, where manufacturers and vapers meet. You can attend and compete in vaping competitions or check out the top vape products!

These accidents are very rare but definitely surprising! Only around 30 incidents were reported in North America according to the Fire Administration. They can be dangerous and something you should look out for. To stop any explosions you shouldn’t swap chargers, replace batteries after anytime they are exposed to wetness, no contact with metal and look at the safety features of your vape. Some vapes have an automatic shutoff feature when fully charged or after a certain amount of time (usually 15 minutes)

Dripping May Boost Your Exposure To Toxic Chemicals 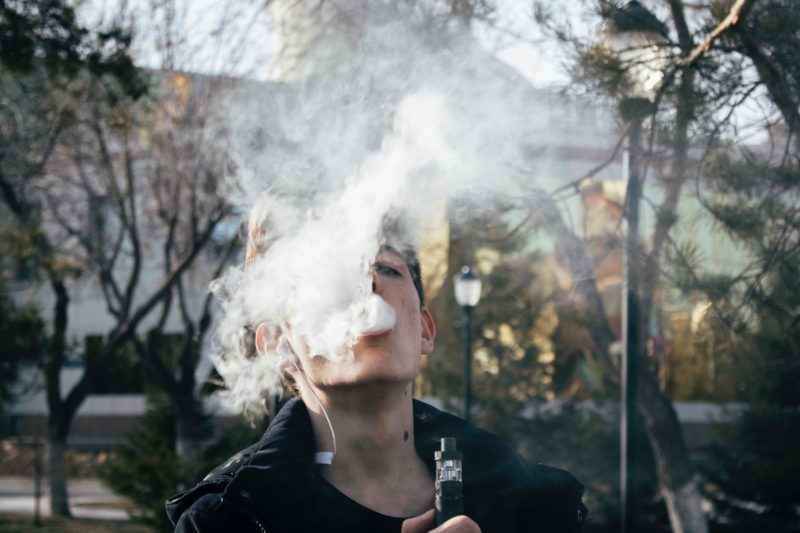 Dripping is usually done by experienced vapers that inhale heated e-cig liquid at a higher temperature in order to produce a more concentrated vapor. Many studies have found doing this may increase the vapers exposure to toxic chemicals. Some chemicals you may be exposed to are, formaldehyde, acetaldehyde, and acetone. Which are all very toxic.

Who Invented “The Vape”

The history of vaping can actually date back to 500 BC, believe it or not! The Greek historian Herodotus wrote in his book, “The History of Herodotus” about the rituals of Scythians, a large clan that lived in the lands of what is now Southern Russia. Herodotus mentions their history and one particular custom that involved throwing weed on red-hot stones that would turn it into vapor, and the Scythians would then bathe in it and inhale it. This is very interesting because even back in that time they knew the benefits of vaporizing weed instead of combusting it. The modern vaporizer was technically invented by Hon Lik, a Chinese pharmacist. In the mid-2000s the vapourize became a major hit!